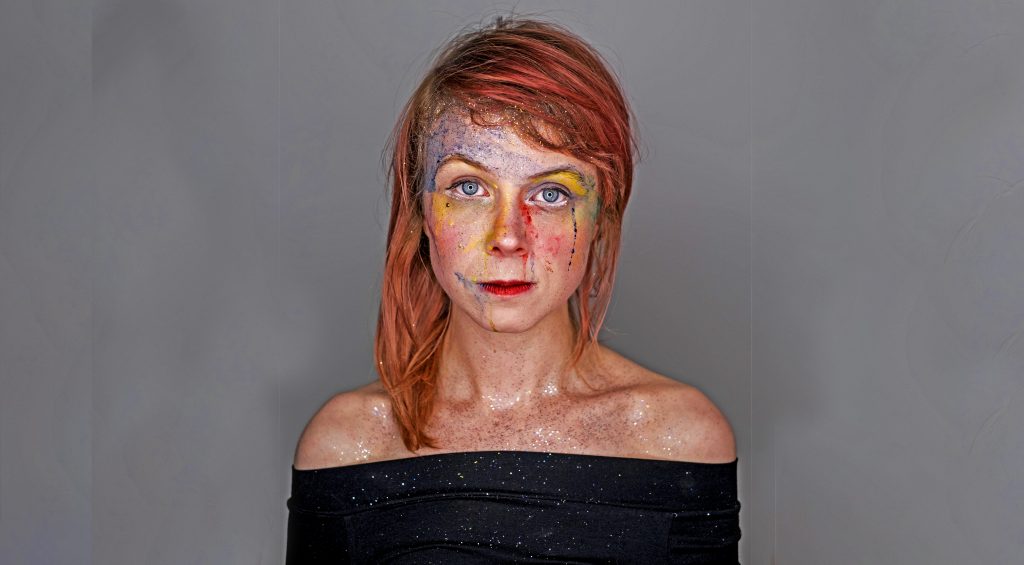 TeenCanteen’s Say It All With A Kiss is one of those great Pop records. My review for Under The Radar began “Wow. These ladies sure know their way around a pop song. If you love pop music, I urge you to listen to this record. Immediately. Full of a golden youthfulness, harnessing the whole teenage spectrum—from lost-in-love daydreaming to the enormous energy of its expression, with huge hooks and harmonies ushering along everything in between—streamlining all within into pop gems.”

So I was very excited to hear that their singer and songwriter, Carla J. Easton, has recorded a solo album and will be releasing three singles from it in 2018. I was psyched she was coming on the show but even more so once we began chatting. Our conversation was full of all the enthusiasm that Pop brings and Carla had many good stories about her Pop obsessions and her own musical career. Which began with Futuristic Retro Champions, where Carla wrote all the songs but didn’t yet sing them.

And then came TeenCanteen. Such PERFECT POP.

Not one to not be writing music, Carla also released Homemade Lemonade under the name Ette the same year.

Carla’s next single, ‘Wanting What I Can’t Have’ (previewed at the end of the podcast), will be released in a very limited edition on Record Store Day (April 21st) and then digitally on May 4th. Keep checking her website for live dates, upcoming releases, and more news.

I really enjoyed our conversation. Always nice to chat with someone who is as enthusiastic about Pop music as you are and can tell you new stuff you need to listen to.